I must vent — I can’t help it. Someone is infringing upon the Eat ‘N Park smiley cookie trademark.  The “Clever Cookie Company,” a New York-based company that sells kosher goods via the Internet, has begun producing cookies that are nearly identical to my beloved smiley cookies. If only I was the one representing Eat ‘N Park. I would let loose the virtual wrath of generations of angry, hungry steel workers on those clever bakers in Long Island. Clever Cookie Company indeed. Don’t mess with my Smiley Cookie!®

“As far as I know the law – all you need to do is change a product 20%, and there is no copyright infringement.” (confusing copyright with trademark)

“Surely that smiley face must be in the public domain by now. Everyone uses it. There would be lawsuits galore!” (trademark rights, unlike copyrights, can exist in perpetuity)

“Does that mean Eat ‘N Park will be suing everyone who uses emoticons?” (Eat ‘N Park owns trademark rights for smiley faces on COOKIES,* not on all things in the universe)

“If Eat ‘N Park somehow prevails, Kings never has to sweat Denny’s introduction of Malevolent muffins or Scowling scones.” (this one is actually pretty funny, although a little misguided)

Eat ‘N Park has a legitimate case. Fortunately, they are well-represented by the Webb Firm in Pittsburgh and I hope that they get a fair shake in court. I also pray that the Clever Cookie Co. does not retain my firm to represent them, as I could not in my heart defend them. I am loyal to just one cookie. 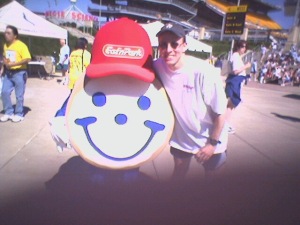 * and pancakes too, actually

Recently I was asked to recount the “single most interesting thing that ever happened to me.” Even if I included all of the things that would qualify as too obscene to print (ha!), one event made a greater impression on me than all of the others combined, though it is now some thirteen years in the past. Since it’s not the sort of thing that typically makes for good cocktail party conversation, I figured I might as well memorialize it here.

In September 1994, I was a third year dental student at the University of Pittsburgh when USAir Flight 427 dropped inexplicably out of the evening sky and crashed into a wooded region a few miles outside of Pittsburgh, killing all 132 passengers and crew. The Pennsylvania Dental Association’s Dental Identification Team (PADIT) was called to take part in the massive effort to identify the remains of those who lost their lives in the crash. A few days after the recovery efforts began, PADIT put out a call to dental students to assist in the daunting task.

I cancelled my afternoon patients and along with two friends/classmates, reported to the U.S. Air Force hanger which had been established as a disaster recovery center. We joined Pittsburgh’s chief forensic odontologist in examining crash victim remains as part of a highly-organized team of pathologists, forensic anthropologists, FBI officials, and others. My friends and I were all grateful and a little awestruck to be included and even treated as respected members of such a highly-qualified team.

Ultimately, the substantial majority of those who lost their lives in the tragedy were identified through dental records. It was a rare and unforgettable experience for my friends and for me. All three of us would later train to become maxillofacial surgeons, although after some years I left that calling to pursue a career in the law.

Even now, I am frequently reminded of the experience, though I have since moved away from Pittsburgh and I haven’t seen those friends in many years. I think that we all looked at it as a rare opportunity, though a tragically sad one at that. I cannot express the profound impact that the experience had upon me. 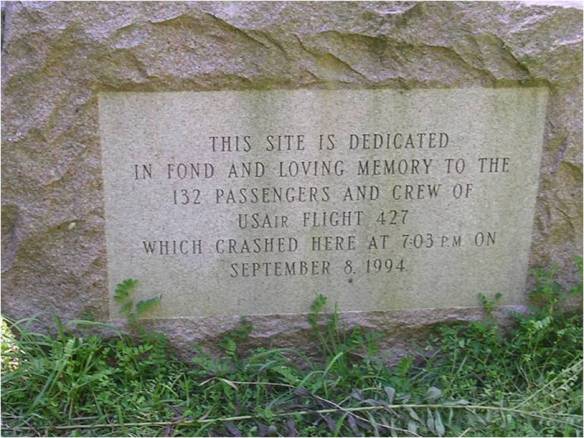 The Holmes Comet recently appeared in the night sky, surprising astronomers with its unusual and unexpected intensity. That got me thinking about comets for the first time in a while. One of the most well-known comets is Halley’s Comet. It’s cyclical 76-year appearance has been recorded at least as far back as 240 BC. It last appeared in 1986 and will next appear in 2061. When it appeared in 1986, it was the least favorable viewing for earth observers in recorded history — it was barely visible to the naked eye.

I was in boarding school in 1986 and a member of my school’s proudly geeky “Astronomical Army.” We observed Halley’s Comet through the telescope in our permanent observatory atop the cross country hill. Even with our powerful scope and reasonably light pollution-free surroundings, the comet looked like little more than a blurry streak.

If I make it to 2061, I will be 92 years old when Halley’s next appears. I realized today just how old I’m getting when I thought to myself “Halley’s will appear in less than 54 years. That’s not that long.” Then I remembered that I’m now 38, not 16, and another 58 years will account for most if not all of my remaining days on earth. That’s something.

Still, when Halley’s comes round again, I hope to see it in the sky with my blurry, teary, cataracted 92-year old eyes and I hope that this time it will be brilliant.